I started magestats.net in August 2018 with only a vague idea of what I wanted to do with it. Over the next two months I would work on it for a bunch of hours every week; tweaking, refining and trying to get it as close as I could to the image in my head of what it could be.

I speak in the past tense because I’ve decided to let it go.

It seems like a good time to look back on the journey that led me to this point.

Back in 2018 I had the idea for Magestats during my most active phase in the Magento Community. At that time, I was already a Magento Community Maintainer1 as well as an active contributor with over 70 merged pull requests in the Core and other Magento Open Source projects.

Magento also published cumulative numbers of merge requests per month via Twitter and later on a dedicated page, but at that time there was no detailed breakdown from Magento.

So I decided to set things up by myself and aggregate the merge requests, issues and contributions of the individual contributors via the GitHub API.

It was all about transparency

That’s exactly what I wanted to achieve with Magestats, transparent statistics on all the Magento Community’s contributions.

The repository statistics included how many pull requests were opened, merged or closed. Everything presented clearly and easily readable as possible. 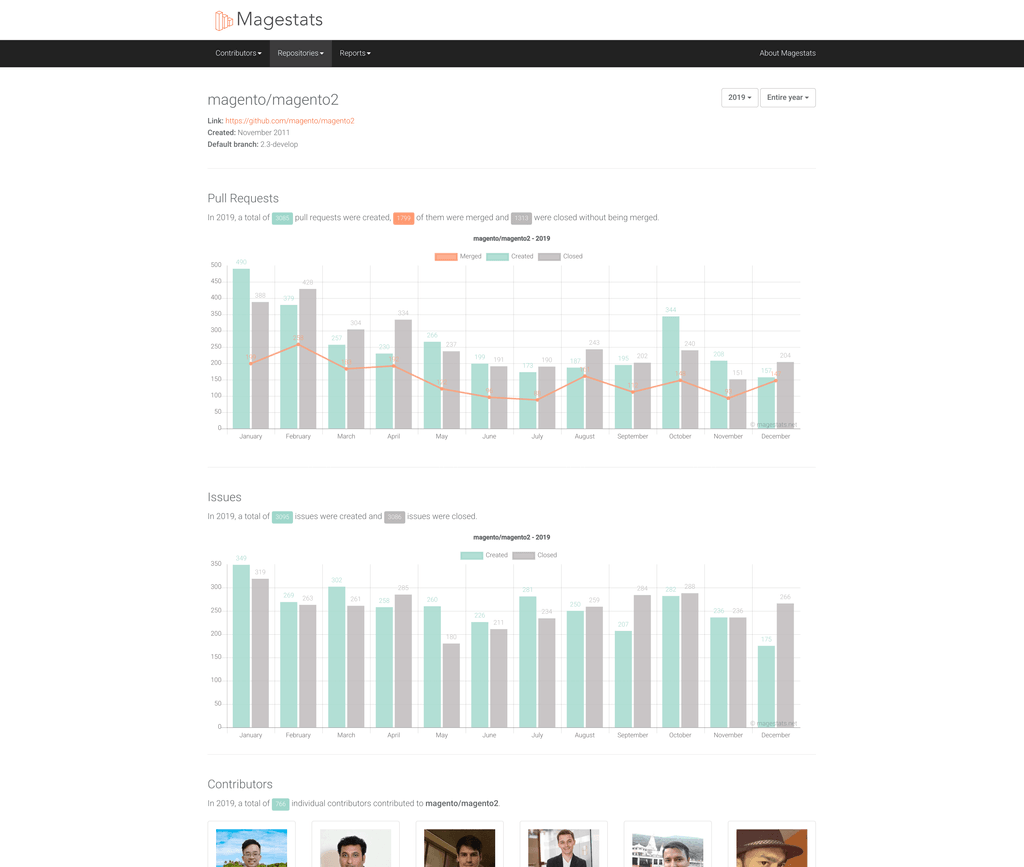 Repository Statistics for magento/magento2 in 2019

The annual reports listed how many merge requests or issues were opened, merged or closed. In addition, an overview of the acceptance rate, the number of first time contributors as well as the total number of contributors by year. 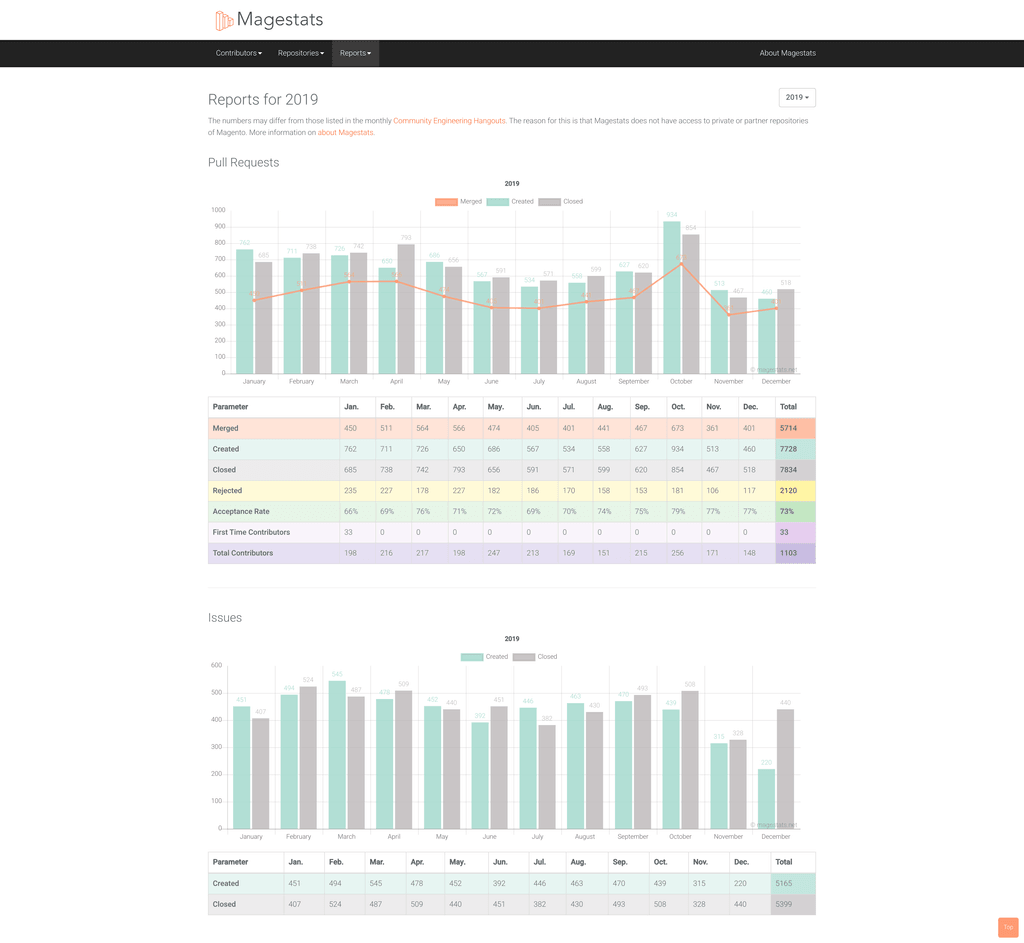 Report of overall contributions in 2019

There were also detailed statistics about each individual contributor, about their opened, merged or rejected pull requests as well as their acceptance rate.

My contribution statistic on Magestat

So why shutting it down? Well, towards the end of 2019 I left Stämpfli AG and dedicated myself more to coaching apprentices and maintaining and developing the tools of the ICT Berufsbildungscenter AG. As a result, I was no longer really active in the Magento Community. In addition, for some reason the statistics stopped working in January 2020, due to my new job and other interests I never found the time to analyse and fix the issue.

For what it’s worth, I’ve decided to make the code of the website public on GitHub. If anyone is interested in taking over the project, feel free to contact me, I’m sure we can arrange something.

Last but not least, I would like to thank Maxcluster for sponsoring Magestats with a free hosting and all the wonderful people in the Magento Community who provided me with positive feedback. I can’t even begin to explain how much your support meant to me.